Skip to content
That’s what the local news is calling it, at least. I went out yesterday and got some pictures. Keep in mind that I did this about five hours after high tide, so the water had already gone down a little bit from its morning peak. 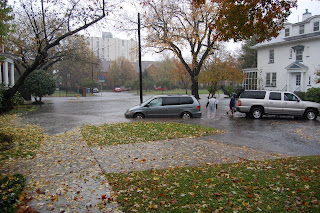 These folks were trying to tow their minivan out of the water. I took this picture right after their rope snapped. 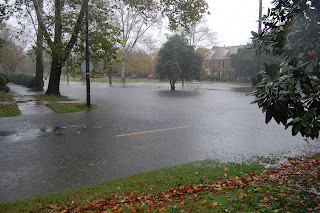 Police were blocking this street from both directions so that nobody would even try to get through. Which is probably good, because I saw people attempting some pretty stupid things. 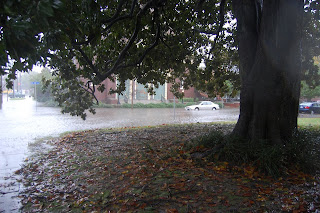 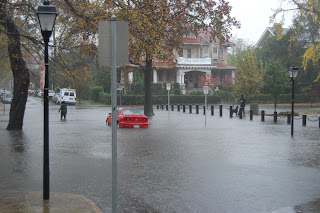 These people were out taking pictures with their dog; I saw one of their pictures later on the local news’ website. I tried taking my dog along for this expedition, but she gave up after two blocks. 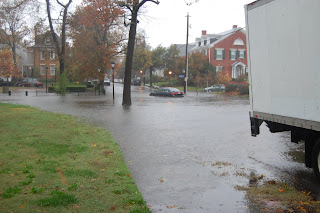 This vehicle wasn’t abandoned yet, I think the owner was still sitting in it. 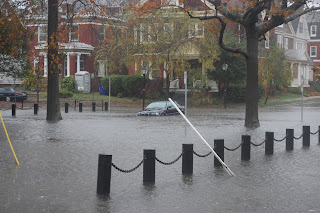 Probably wishing you hadn’t parked your BMW on that particular block. 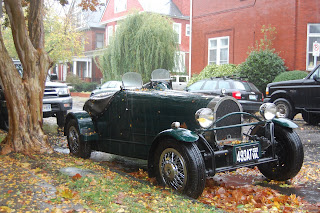 You want to know what’s sad? So far these pictures aren’t even tidal flooding. They’re just areas that don’t drain. 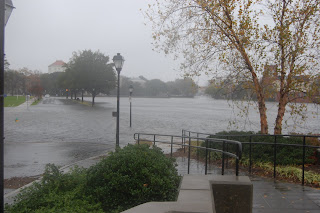 In the middle of this shot is Smith’s Creek. On the left is a road, Mowbray Arch a.k.a. the Smith’s Creek Annex. This is the only picture in this set with tidal flooding. 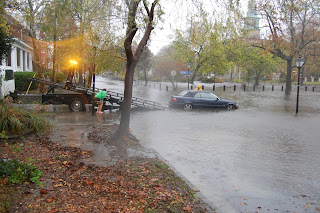 Remember that BMW? When I came back by a tow truck was fishing it out. I hear that the waiting list for tow trucks is getting pretty long. 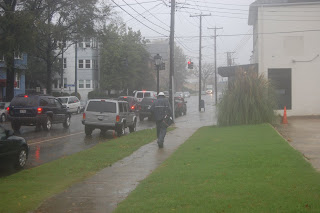 “Neither rain, nor sleet, nor gloom of night”. What you can’t see in these pictures is that it was still raining hard. And the wind was blowing at 50 mph gusts.